Categories
Testimonials
Order recieved within 48 hours. Fast packaging and shipping. Started using the RAD-140. Will report back in a few days regarding effectiveness.
Best Source I Have Ever Found
Let me start by saying that I don’t want this to sound like I am some sort of fan boy or whatever.. I rarely write these things because life is always busy and I rarely get time to sit down.. however; I have to let everyone out there know that this site and these people are by FAR the best source for all my performance needs. I generally put in an order every few months and not once has the product underperformed. They are all EXACTLY what they are supposed to be without any extra crap!.. the customer service is almost immediate! Their knowledge about what they sell is quite extensive and it’s not Bro science either.. if you want to try products like these, then take the leap and go with this site.. I GUARANTEE YOU that you will not be disappointed.. click the button - order - GET GAINZ!
Super duper
At first I was getting ready for a bodybuilding comp and hear do melanotan. Saved me from having to fry myself to death for cosmetic purposes and the tan lasted half a year as well as protected me from burning in the sun. The I tore a ligament. 99 sarms said..... Don't worry, we got ya. I got the Wolverine stack and healed that as well as a bum knee and two bulged discs I was trying to apply to get surgery for. Now I don't need surgery. Tried a bunch of their other stuff since and am mind blown, I never even had a clue stuff this awesome that actually works even existed. I've told a whack of friends about it since and they are all stoked now too.
BPC-157
Super fast and secure shipping. I took BPC-157 for a torn labrum in my hip. It constantly bothered me for years, so I figured I had nothing to lose. Within days the aching stopped and after a month I’m almost completely pain free. Would recommend both the website and the product 100%
All Testimonials
Top News
All news

A growing body of evidence suggests that there is a relationship between age-related cognitive dysfunctions, such as Alzheimer’s disease (AD) and type II diabetes mellitus.

In the brain, insulin plays an important role in modulation of glucose transporter-4, which is crucial for regulating metabolism in neurons and energy production required for memory and other cognitive functions.
PAR-d activation might improve spatial memory and synaptic transmission in the hippocampus part of the brain.
T
hese results provide evidence of the therapeutic potential of GW0742 in-induced cognitive dysfunction.

An estimated 9% of the American population experiences type II diabetes mellitus (T2DM) due to diet or genetic predisposition.

Recent reports indicate that patients with T2DM are at increased risk for cognitive dysfunctions, as observed in conditions like Alzheimer’s disease (AD).

In addition, AD is the leading cause of dementia, highlighting the urgency of developing novel therapeutic targets for T2DM-induced cognitive deficits.

The peroxisome proliferator activated receptor-(PPAR-d) is highly expressed in the brain and has been shown to play an important role in spatial memory and hippocampal neurogenesis.

However, the effect of PPAR-d agonists on T2DM-induced cognitive impairment has not been explored. In this study, the effects of GW0742 (a selective PPAR-d agonist) on hippocampal synaptic transmission, plasticity, and spatial memory were investigated in the db/db mouse model of T2DM.

PPAR-d–mediated improvements in synaptic plasticity and behavior were accompanied by a significant recovery in hippocampal mediated synaptic
transmission.

Our findings suggest that activation of PPAR-d might ameliorate T2DM-induced
impairments in hippocampal synaptic plasticity and memory. 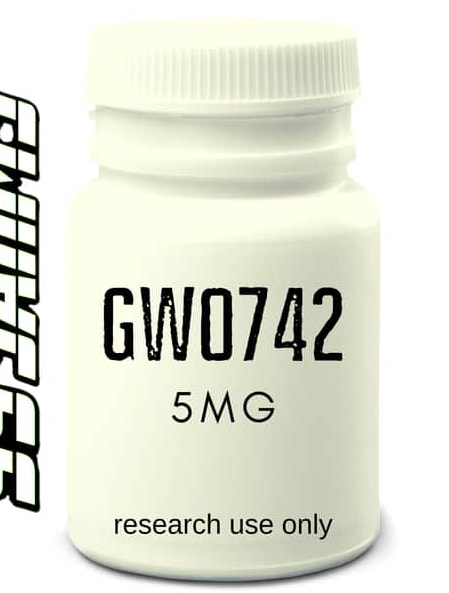 Previous Next
Can't subscribe you right now. Try later
Thank you for subscribing to the newsletter! We hope you enjoy shopping at 99šąrmš
Contacts